How to Go Faster Every rider wants to be faster. Even being 5-10%  faster would be sufficient for most. And not everyone can keep upgrading the bike. And in most of the cases, you don’t need to be upgrading. It is time to see if you are actually utilising the full power of your existing bike. Read on.

We will be discussing following points in this article:

Let’s first get into some technical discussion. Everyone has heard the terms bhp. And most consider that higher bhp, faster you can go. WRONG. Power (bhp) and torque (Nm) are two different things.

“Power determines a vehicle’s top speed and torque determines how fast a vehicle can reach this top-speed.”

Note: We understand that there are many important factors like weight, aerodynamics, gearing, etc. which contribute to determining a vehicle’s top-speed and acceleration. In order to keep it simple and easier for everyone to understand, we have assumed these factors to be constant and not discussed them in this article,  Also note that the explanations in this article are kept as non-technical as possible. So please excuse us if there’s a variation of 0.0001 in some figures.

So what exactly is Power and Torque?

It is one of the most important factors which determines a vehicle’s top-speed. Higher the power of a vehicle, higher is its top speed. (refer to note about this being simple explanation above)

I hear you saying, enough with this technical stuff and tell me how to go faster.  Thoda Sabar karo aura age padho: Before we explain you about optimal gear shift points, you’ll need to know a little bit about ‘Power-band’:

What is power band?

In simple terms, power-band is that rpm range of your motorcycle’s engine where it makes more amount of torque and power. In another words, power band is the rpm range wherein your motorcycle performs at its best.

How do you know when you’ve hit the power band?

Whenever we take a look at a vehicle’s brochure, we always see terms ‘Power’ and ‘Torque’ in technical specifications placed near to each other. These are placed near to each other so that a prospective buyer can guess a vehicle’s characteristics. Power band starts slightly lower than peak toque rpm and ends at peak power rpm. So even without riding the bike, you would know where the power band is.

If you are the kind of guy who wants to ride and find it out.  Here is the practical way - Motorcycles like R15, Apache 180, Pulsar 220, CBR250R, Ninja 250R/300, etc., while accelerating, you’ll observe that they feel sluggish till certain engine rpm level. But once you cross that certain rpm level, you’ll feel a sudden change. They will start accelerating faster. This engine rpm level is the point when their power-band starts.

Note: ‘Sluggish’ is a relative term. Sluggish for a Honda CBR1000RR Fireblade can be much faster than a Hero Splendor at its peak power.

Royal Enfields have their power-band in lower rpm range and hence when you ride a Royal Enfield Bullet, you get a sudden pull of acceleration from the beginning and then, it starts feeling sluggish as engine rpm climbs.

Now that you know what power band is, we can take a look at optimal gear shift points: If you’ve observed, whenever you up-shift, your motorcycle’s engine rpm drop by 1000-2000 rpm. Gearboxes of vehicles are designed in such a way that if you up-shift at end of power-band, your vehicle’s engine rpm will fall near its peak torque giving you better acceleration.

We hope that above explanation is sufficient for you to identify when to upshift / downshift. Now let’s look at some practical questions:

Should you up-shift if your target destination is only 50-100 feet away?

NO, you should not up-shift if you’re that close to your target. Continue in the same gear. Because by the time you up-shift and open your motorcycle’s throttle, you would’ve already reached your target destination.

In order to overtake in the quickest manner possible, a rider should shift to a gear, which makes his motorcycle’s engine rpm fall to start of its power-band. By doing this, a rider will get better acceleration and he will be able to overtake the vehicle in front of him with ease.

While drag racing on public roads should be avoided, if you intend to do drag racing with friends on empty non-public roads, remember that you should shift your bike to first gear, rev the bike till peak power point and GENTLY release clutch. If you know what you are doing, you would be much much faster than your friends. If you don’t know how to control your bike, you will end up with broken bones and broken down bike.

Hope this article helps you in finding hidden power in your bike. 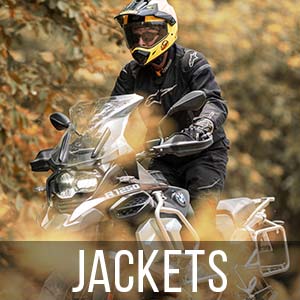 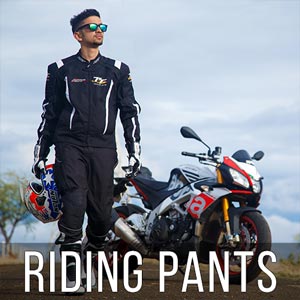 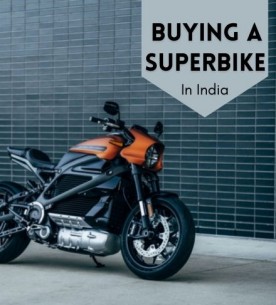